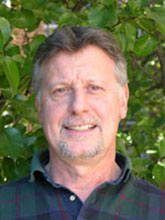 John Maggio was born in Pittsburgh, Pennsylvania and lived there during the early part of his life. He received his undergraduate and graduate degrees in art from Carnegie-Mellon University located in Pittsburgh. After completing his graduate degree, he received a Ford Foundation Grant to study lithography at Tamarind Institute in Albuquerque, New Mexico. In 1972, he completed his training and received the designation Tamarind Master Printer. Immediately following the completion of his training at Tamarind Institute, he worked as the personal printer to June Wayne, founder of the Tamarind Lithography Workshop in Los Angeles, California.

He currently is a Professor of Art at the University of North Carolina, Greensboro where he has taught since 1973. As his resume reflects, international venues for his work have included the Mini-Print International in Cadaques, Spain, the Mini-Print Slovenija, in Slovenia and the Agart World Print Festival in Ljubljana, Slovenia.

His work has also been exhibited in the “Small Is Big II” Pequeno Es Grande II at the Galeria D’ Zero Gallery in Barcelona, Spain. Maggio was also one of seventeen artists selected nationally to participate in the Twenty-Fifth Annual National Invitational Drawing Exhibition at the Norman R. Eppink Art Gallery at Emporia State University in Emporia, Kansas. His recent drawings and prints have been exhibited in one-person exhibitions at Trish Higgins Fine Art in Wichita, Kansas, Lee Hansley Gallery in Raleigh, North Carolina and Hollins University in Roanoke, Virginia. Sean Kelley, Director of Grand Arts in Kansas City, Missouri, also selected his drawings for the exhibition Grand Arts at the Green Hill Center for North Carolina Art.

Maggio’s work has also received recognition in the form of awards and purchases. His print titled “Subway Martyrs” was the recipient of the Best in Show Award exhibited in the Hand Pulled Prints IX, Ninth Annual International Exhibition at the Parchman-Stremmel Galleries in San Antonio, Texas. Other recent recognition has included a Dillard Purchase Award from the Art on Paper Show by the Weatherspoon Museum, a Purchase Award that included his work in the Larson Drawing Collection at Austin Peay State University in Clarksville, Tennessee, as well as, an Award of Excellence from the Huntington Museum in West Virginia for his painting titled “Decipher This III” exhibited in the show “Exhibition 280”.