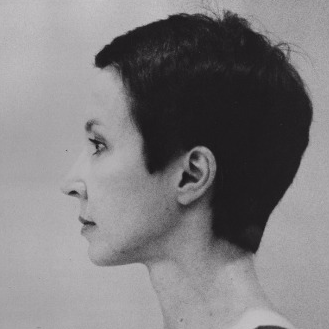 Over the span of her career, Jan Van Dyke (1941-2015), was nationally recognized as a dancer, choreographer, and teacher, as well as a leader in the dance communities she was part of, most notably Washington, DC and Greensboro, NC. She also taught and performed throughout the United States and in various European countries, including Italy and Portugal. After receiving an M.A. in dance education from George Washington University in 1966, she studied with Merce Cunningham and at the Martha Graham School in New York. She returned to Washington, DC in 1972 and established her own dance studio, Dance Place, which became the leader in modern dance training and performance in D.C. Her company, Jan Van Dyke and Dancers, toured extensively throughout the United States during this time. In the late 1980s, Van Dyke enrolled in the University of North Carolina in Greensboro and was awarded an Ed.D. in Curriculum and Educational Foundations in 1989. She was Professor Emerita in the Dance Department at UNC Greensboro, where she served as Head from 2006-2011. Additionally, she founded the non-profit organization Dance Project, based in Greensboro, NC, which runs the NC Dance Festival, Van Dyke Dance Group, and The School at City Arts. Her work received grants from the DC Council for the Arts and Humanities, the California Council for the Arts, and the National Endowments for the Arts. In addition, Van Dyke was the recipient of a NC Choreography Fellowship, and a 1993 Fulbright Scholar. In 2001, she was honored with the North Carolina Dance Alliance Annual Award for contributions to the development of dance in the state. An acclaimed teacher, DANCE TEACHER MAGAZINE gave her the 2008 Dance Teacher Award for Higher Education. In 2010, UNCG honored her with the Gladys Strawn Bullard Award for leadership and service. The United Arts Council of Greensboro presented her with the Betty Cone Medal of Arts Award in 2011. The Van Dyke Performance Space in the Cultural Arts Center of downtown Greensboro opened its doors in late spring 2016.