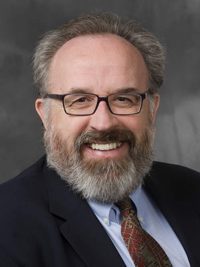 James Fisher, Professor of Theatre in the Department of Theatre at the University of North Carolina at Greensboro, is a director and theatre scholar. He is the 2017 recipient of UNCG’s Mary Settle Sharpe Award for Teaching Excellence and the 2016 School of Music, Theatre and Dance Award for Teaching Excellence. Fisher is also the 2007 recipient of the Betty Jean Jones Award for Excellence in the Teaching of American Theatre from the American Theatre and Drama Society and was elected to membership in the National Theatre Conference in 2010. Fisher has directed and/or acted in over 150 theatre productions and has also authored several books, including The Historical Dictionary of American Theater: Modernism (co-authored with Felicia Hardison Londré, Rowman & Littlefield, 2017), The Historical Dictionary of American Theater: Beginnings (Rowman & Littlefield, 2015), and the two-volume The Historical Dictionary of Contemporary American Theater, 1930-2010(Rowman & Littlefield, 2011), four books in the “Playwrights in an Hour” series (Eugene O’Neill, Arthur Miller, Thornton Wilder, Tony Kushner) published by Smith & Kraus, Understanding Tony Kushner (University of South Carolina Press, 2008), The Theater of Tony Kushner: Living Past Hope (Routledge, 2001), three bio-bibliographies (Spencer Tracy, Al Jolson, Eddie Cantor) for Greenwood Press, and The Theatre of Yesterday and Tomorrow: Commedia dell’arte on the Modern Stage(Mellen, 1992). He has published numerous essays and reviews in a wide range of publications, has held several research fellowships, edited six volumes of The Puppetry Yearbook, and has edited three collections of essays for McFarland Publishers: To Have or Have Not: Essays on Commerce and Capital in Modernist Theatre(2011), “We Will Be Citizens”: New Essays on Gay and Lesbian Drama (2008), and Tony Kushner: New Essays on the Art and Politics of the Plays (2006). Fisher was 1999-2000 McLain-McTurnan-Arnold Research Scholar at Wabash College, where he taught for twenty-nine years, and was named “Indiana Theatre Person of the Year” by the Indiana Theatre Association in 1997 for his direction of Tony Kushner’s Angels in America, Part One: Millennium Approaches. Fisher has also written two plays in the commedia dell’arte tradition, The Bogus Bride (1982), which has had several productions including an Off-Broadway staging at New York’s Primary Stages, and The Braggart Soldier, a free adaptation of Plautus’s Miles Gloriosus, first produced in 2006. He received his MFA in Directing from UNCG in 1976.