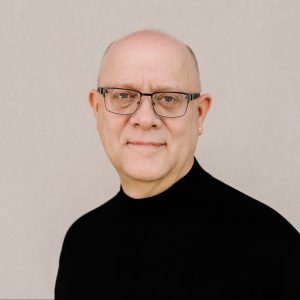 As a collaborative pianist James Douglass has performed across the United States, Europe, and China, in genres as diverse as opera, choral arts, vocal arts, chamber music, jazz, musical theater, and cabaret. His performances have been heard on public radio and television broadcasts in Los Angeles, New Orleans, Nashville, Mississippi, and Alabama, as well as the Welsh Television network in Great Britain, and in venues such as Carnegie Weill Hall and the Liszt Academy (Budapest). Dr. Douglass has taught at Mississippi College, Occidental College (Los Angeles), the University of Southern California, and Middle Tennessee State University where he was director the of collaborative piano degree program. In the summer of 2004 he began teaching in the summer study program AIMS (American Institute of Musical Studies) in Graz, Austria where has served variously as the instructor of collaborative piano and a vocal coach in the Lieder studios. He joined the faculty of the University of North Carolina at Greensboro in 2005 and is currently the Associate Professor of Collaborative Piano, director of the collaborative piano degrees program, artistic director of the Collage Chamber Series, coordinator of chamber music activities, and vocal coach. Dr. Douglass holds degrees in piano performance from the University of Alabama (BM, MM) and the DMA in collaborative piano from the University of Southern California. He is also active as a clinician, adjudicator, and recording artist, having most recently released two CDs with soprano Hope Koehler of the songs of John Jacob Niles; currently he is preparing two recording projects: a project of the Brahms clarinet sonatas with clarinetist Boja Kragulj which will explore new approaches to recording techniques, and a multi-CD compilation of the chamber music with piano of Libby Larsen.