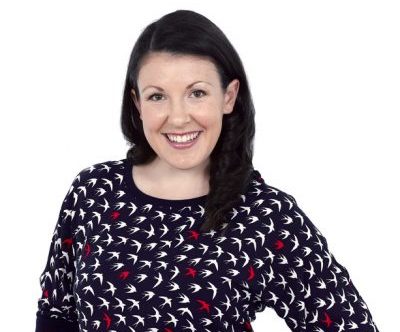 A native of Los Angeles, Erin Farrell Speer is an Assistant Professor of Theatre at UNCG, specializing in Musical Theatre.  She made her Broadway debut serving as the Directing Assistant to Tony Winner Christopher Ashley on Escape to Margaritaville, the Jimmy Buffett musical.  Erin also served in that capacity for the show’s pre-Broadway tour.  Her career has taken her from coast to coast, giving her the opportunity to work regionally with companies like Center Theatre Group/the Mark Taper Forum, the Orlando Philharmonic Orchestra and the Sarasota Opera House.

In addition to her Directing career, Erin has worked professionally as a performer in theatre, film, and commercials, even spending a year as an agent assistant in LA.  She couples her directing and performing knowledge with nearly two decades of teaching experience, covering a wide range of abilities from true beginners to Broadway performers and television stars.

Erin was previously an adjunct faculty member in Musical Theatre and Dance at Florida Southern College and instructed/lectured in Musical Theatre, Directing and Theatre History at Penn State.  She earned her MFA in Directing for the Musical Theatre Stage from Penn State University where she studied in their nationally recognized musical theatre program under the mentorship of veteran Broadway director and former SDC President Susan H. Schulman.  Erin is also a proud graduate of The University of Michigan, where she earned her BFA in Acting from another nationally recognized program and studied alongside many future Broadway and Film/TV stars.

University Direction/Choreography credits include: American Idiot, Sweet Charity, Hot n’ Cole, ‘SWonderful!, Dreamgirls, The Wild Party, Stones in his Pockets, Romeo and Juliet and The Golddiggers.  Other favorite direction/choreography credits include All Shook Up, Little Shop of Horrors, Oklahoma!, Bye Bye Birdie, Seussical, Footloose, Cinderella, Annie Get Your Gun, and Guys and Dolls among many others.  She is a proud Associate of the Society of Directors and Choreographers (SDC), and an alumna of the Director’s Lab West.