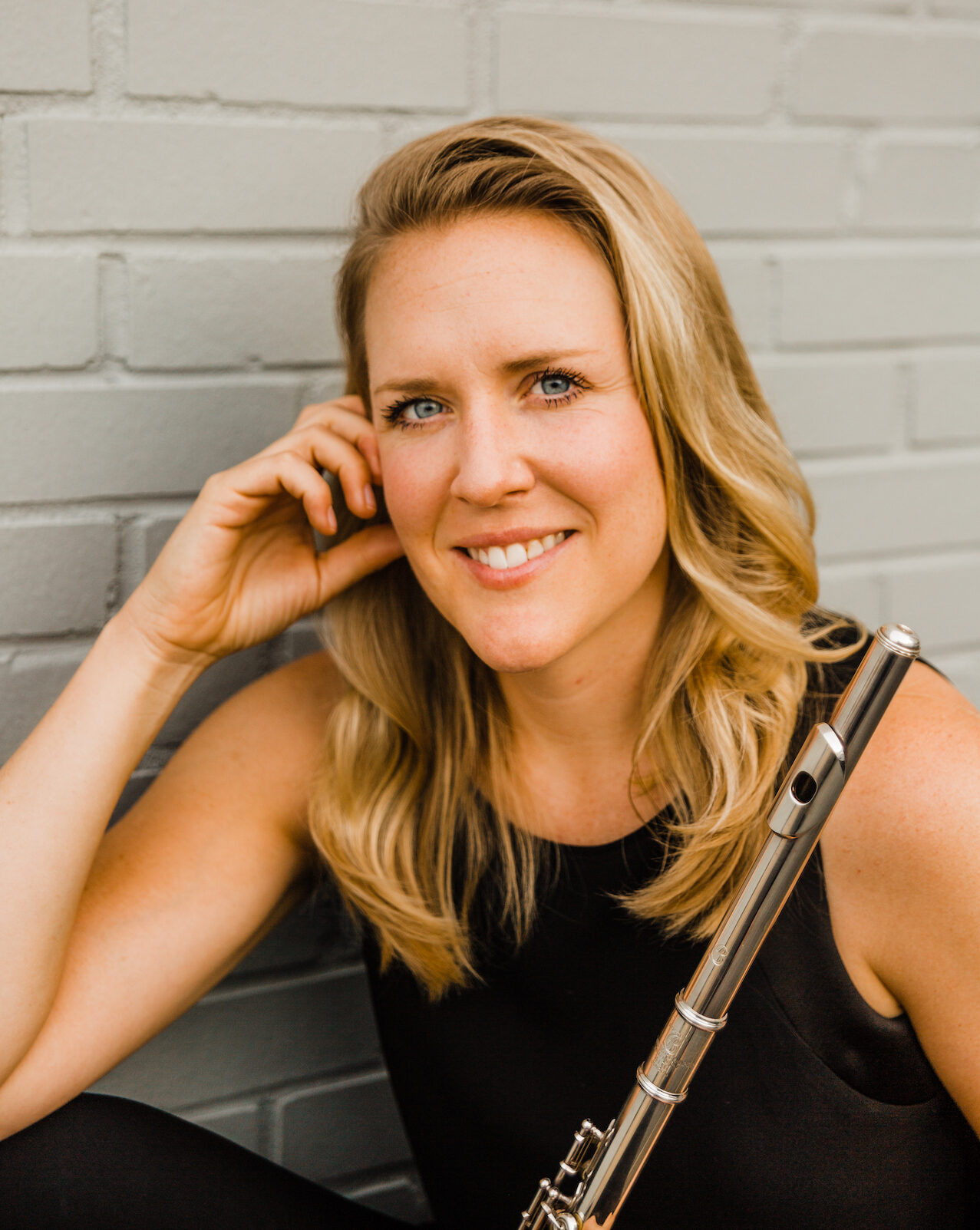 Dr. Erika Boysen is an international performer, educator and collaborator who is the Assistant Professor of Flute at the University of North Carolina Greensboro.  Known for her verve and energy while teaching, Erika has previously served as faculty at the Interlochen Arts Academy and Interlochen Arts Camp, Northwestern Michigan College and Ann Arbor School for the Performing Arts.

Committed to developing new and innovative ways of presenting and teaching the traditional model of classical flute, the majority of her research and scholarship focuses on cross-disciplinary collaboration between the arts.  Through movement, singing and acting, she promotes an approach to education and performance that highlights multiple aspects of artistic expression.

In demand as a clinician and speaker, she has been a featured artist at the Montana Flute Festival, Eastern Carolina Flute Symposium and Iowa Flute Festival.  In addition, she has published articles in Flute Talk Magazine and Physics Education Journal and presented at the North Carolina Music Educators Association Conference and Wild Acres Flute Retreat.

Erika has toured across the United States and Europe performing in a variety of chamber, orchestral and improvisation-based ensembles.  Currently, as a member of the UNCG East Wind Quintet, Seen/Heard Trio and COLLAPSS Ensemble (Collective for Happy Sounds), she is dedicated to championing music of living composers. Erika has received orchestral fellowships from the Aspen Music Festival, Texas Music Festival and Brevard Music Festival having worked with conductors: Christian Arming, David Robertson, Esa-Pekka Salonen, Robert Spano and Hugh Wolff. These orchestral and chamber pursuits are complemented by her appearances at ArtX Detroit, Meadowbrook, and Culture Lab Festivals as a part of Shara Nova’s indie rock/alternative pop band, My Brightest Diamond.