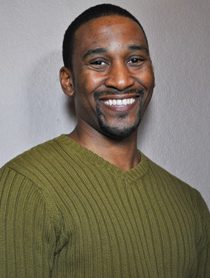 Duane Cyrus is founding director of Theatre of Movement and professor at the University of North Carolina, Greensboro where he teaches dance technique, choreography, entrepreneurship, repertory, and other courses focused on the development of artists with skill to sustain careers in today’s current environment. Duane Cyrus is a Bessie award nominated performing/creative artist whose work focuses on the confluence of questions created by positioning moving bodies in conceptual environments. His work is informed by research of Black American and Caribbean culture. Cyrus has worked in a range of genres from contemporary dance to visual art. He holds a BFA from the Juilliard School and an MFA from University of Illinois Urbana-Champaign. In between, he danced with the Martha Graham Dance Company and Alvin Ailey American Dance Theater, in musical theater (including the original London production of Disney’s The Lion King), on television, and in a variety of other venues. He has worked as an independent artist and director of Cyrus Art Production LLC (2006-14) throughout the United States, Europe, and Asia as teacher, performer, and choreographer, and was also a visiting lecturer at the University of Illinois. Duane is a two-time North Carolina Arts Council Fellowship recipient and Coleman Entrepreneurship Fellow. He teaches regularly in the UNCG Arts Administration Degree Program. Cyrus is also a collaborative performer for Cynthia Oliver’s work Virago Man Dem that premiered at the Brooklyn Academy of Music.