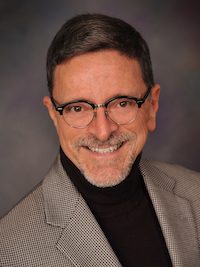 “Is it possible that his students in UNCG’s College of Visual and Performing Arts are fully cognizant of the treasure that they have before them in bass-baritone Donald Hartmann’s tutelage? It is one thing to lecture effectively on fine points of operatic interpretation, but this performer’s characterizations are invaluable lessons in the art of combining unflappable musicality with an adroitness upon the stage that can be observed and thus honed but only very rarely taught to those who do not possess it.” –Voix des Arts

Since the beginning of his professional operatic singing career in 1978 at the Stadttheater Regensburg, and later with the Vereinigte Städtiches Bühnen Krefeld/Mönchengladbach in Germany, bass-baritone, Donald Hartmann, continues to be an active performer with regional and national opera companies. He has been described as possessing a, “big, rich voice with an amazing timbre;” interpretative abilities as “hearty and dramatic;” vocal resonance as “ringing,” “sepulchral,” “richly focused;” and “… his flair for comedic bel canto is major-league-worthy.” Having performed in over 135 operatic productions, in over 55 operas singing over 70 different roles, he is a commanding leading man and “one of the best character singers on any opera stage anywhere.” With a vast repertoire from works of Mozart, Puccini, Verdi, Donizetti, Rossini, Strauss, Bizet, Britten, and many others, engagements have included appearances with Opéra de Montreal, Madison Opera, Toledo Opera, Opera Carolina, Michigan Opera Theater, Nashville Opera, Piedmont Opera, Opera Delaware, North Carolina Opera, Arizona Opera, Florentine Opera, and Virginia Opera Association, to name a few. In March 2013, Donald Hartmann made his first venture into the music of Richard Wagner singing Wotan’s Lebewohl and Hans Sachs monologue, Wahn! Wahn! Überall, Wahn! As reported in the Classical Voice of North Carolina: “Appearing as soloist…Donald Hartmann of the UNCG faculty, a serious presence, and a skilled vocalist producing beautifully-shaped, deep, round tones, displaying a fine instrument, with a natural delivery and clear diction.” In April 2009, he created the role of Howard in the world premiere of Libby Larsen’s opera, Picnic. 2014-2015 included a return to Toledo Opera for Tosca; Sulpice in Daughter of the Regiment for Greensboro Opera; and a debut with Roanoke Opera as Don Magnifico in La Cenerentola. His 2015-2016 season includes Don Magnifico for Greensboro Opera, Monterone in Rigoletto for Piedmont Opera and two very important national debuts: William Jennings Bryan in the 60th anniversary production of Ballad Baby Doe for Central City Opera in Colorado, and the Sacristan in Tosca in the historic reopening of New York City Opera’s return to Lincoln Center! A concert recitalist and oratorio soloist, Donald Hartmann has sung with the renowned Detroit Symphony Orchestra, Beethoven Symphony #9 with New Mexico Symphony, the Verdi Requiem with the Eastern Philharmonic, Peabody Symphony, Plymouth Symphony, and a benefit performance conducted by Neeme Järvi. Other engagements include the Mozart Requiem with the Greensboro Symphony, the Ann Arbor Symphony Orchestra; Brahms’ A German Requiem; Duruflé Requiem; Handel’s Messiah; Haydn’s Lord Nelson Mass and The Seasons. Donald received his BM in Piano Performance, and MM in Vocal Performance from UNCG and the DMA from the University of Oklahoma, graduating with Honors. He is a Professor of Voice in the Department of Performance Studies.