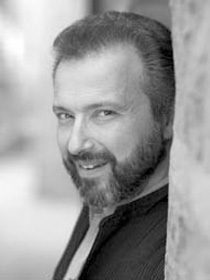 The UNCG College of Visual and Performing Arts is pleased to announce the appointment of violinist and conductor Dmitry Sitkovetsky to the Department of Music Performance faculty as Distinguished Visiting Artist. Sitkovetsky is one of a rare breed of artist whose career successfully manifests itself in many artistic fields. As a violinist, Sitkovetsky has performed with a number of the world’s leading orchestras including the Berlin, New York and Los Angelos Philharmonic Orchestras, Leipzig Gewandhaus, London Philharmonia, London Symphony, NHK, Chicago, Philadelphia and Cleveland orchestras. He has performed at a number of high-profile festivals including Salzburg, Lucerne, Edinburgh, Verbier, Istanbul and the Georges Enescu festival as well as being a founding artist of the IMG Tuscan Sun Festival since 2003. He has also built a flourishing career as a conductor. In 1996, he was appointed Principal Conductor and Artistic Advisor of the Ulster Orchestra for five years, in 2001, was appointed Conductor Laureate, and from 2002-2005 held the position of Principal Guest Conductor of the Russian State Orchestra. In 2003, Sitkovetsky was appointed Music Director of the Greensboro Symphony Orchestra, and in 2006, named Artist-in-Residence of the Orquesta Sinfonica de Castilla y Leon (Spain), positions he still holds. In Spain, the position involves orchestral touring, conducting, playing as a soloist and in chamber music as well as giving masterclasses. As a guest conductor, he has worked with the London & Royal Philharmonic Orchestras, BBC, San Francisco, St. Louis, Seattle and Dallas Symphony Orchestras, Santa Cecilia, Ensemble Orchestral de Paris and the St Petersburg Philharmonic. Sitkovetsky was born in Baku/Azerbaijan, but grew up in Moscow where he studied at the Moscow Conservatory and, after his emigration in 1977, at the Juilliard School in New York. Since 1987, he has been living in London with his wife, Susan, and their daughter, Julia.