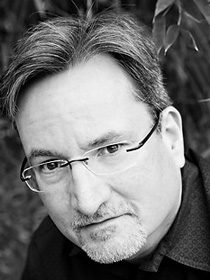 Dr. David L. Nelson holds a B.M. in Music Education from the University of Michigan, and his graduate degrees – an M.M. in Conducting and a Ph.D. in Music Theory – are from Northwestern University. He has published articles and presented papers on the wind music of Mozart, Stravinsky, and Messiaen, and has written chapters in books on music education, Mozart and Messiaen. His book “Vienna for the Music Lover,” a guide to the musical sites of that city, was published in 2006 in English, German, and Chinese, and he is currently completing another book on Vienna and a similar book on Salzburg. As a result of his work with the music of Vienna, the Viennese government awarded Dr. Nelson with their “Golden Medal of Honor” in 2008. This was the second highest award that city has even given to an American. (Leonard Bernstein received a higher award.) Dr. Nelson has led many study trips to Europe, has taught in Austria and the Czech Republic, and owns the travel company “In Mozarts Footsteps” (www.inmozartsfootsteps.com). As a conductor, he has directed orchestras, wind ensembles, operas, and musicals. For 16 years, Dr. Nelson was on the faculty of the University of New Orleans where he was the Marshall Plan Anniversary Professor of Austrian Studies. He served as the Associate Dean of the UNCG School of Music from 2003 to 2007.