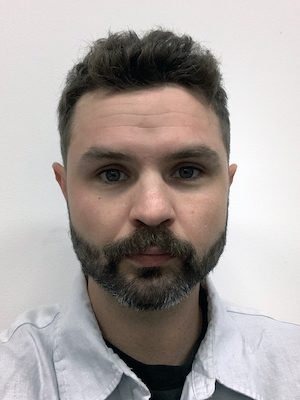 MFA (Sculpture) – The University of Maryland at College Park 2016

I grew up on a small farm in upstate New York where I learned about animal husbandry alongside craftsmanship and hard work. My work transforms the white wall and public environment with large-scale sculptures and interactive installations.  I couple an intense building vocabulary with a subtle sense of poetry harkening back to my roots related to homesteading.  A contextualization of pastoral materials foregrounds moral issues of subsistence amid urban and cosmopolitan surroundings.  The spaces often compare and contrast industry and function with self-sufficiency and one’s most basic needs.  A relation to the body in scale and intention is evident, while all the parts are hand-made to illustrate the DIY notion of the homestead.

My work has been exhibited nationally in solo and group exhibitions including; The Rosalux Gallery in Minnesota, Socrates Sculpture Park in New York City, the Hamiltonian Gallery in Washington DC, The Arlington Arts Center in Virginia, and the Delaware Contemporary Art Museum – to name a few.  I have received many grants and awards, notably; The Pollock-Krasner Foundation Grant in 2017/18, an Emergency grant from the Center for Contemporary Art in 2015, and a Forecast Public Arts planning grant in 2013.