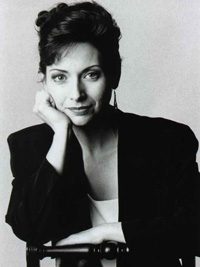 Clara O’Brien’s international career began when she was awarded the Sonderpreis des Badischen Staatstheaters; a prize created specially for her at the 1stInternational Coloratura Competition, Sylvia Geszty in Stuttgart, Germany. She has appeared on such international stages as Chicago, Dallas, Berlin, Luxembourg, Strasbourg, Dresden, Leipzig and Frankfurt. For many years, she was engaged as soloist at the State Theater of Baden and based her career from Germany. Among her repertoire are acclaimed performances of Octavian, Komponist, Adalgisa, Mignon, Dorabella, Donna Elvira, Elisabetta (Maria Stuarda), Rosina, Cenerentola, Musetta, Hélène (La Belle Hélène), Fenena (Nabucco) and numerous roles with the International Händel Festspiel. Her operatic performances received Opernwelt’s Best Performance citations in both the Emerging and Established Artist categories. Other awards include 1st Prize, Erika Köth Meisterkurs and Finalist in the International Belvedere Competition.

Clara O’Brien won Grand Prix Paul Derenne, International Concours de chant de Paris for her interpretation of Impressionist and post-Impressionist French mélodie. She is also a noted interpreter of late-Romantic and Modernist German Lieder. Her recital repertoire ranges from medieval chanson to premieres from living composers. Recordings include releases on the Bella Musica and Albany Records labels and she has been broadcast on Southwest German Radioand Television and NPR radio in the U.S.

Professor O’Brien holds degrees from the Eastman School of Music (M.M., Performance Certificate) and the Dana School of Music (B.M., Summa cum laude) and completed her stage training at the Curtis Institute of Music. Her apprenticeship programs included Lyric Opera Center for American Artists and the Aspen Music Festival. She was a Fulbright Scholar and was awarded a fellowship to the Münchener Singschul’. She has also taught at the American Institute for Musical Studies in Graz, Austria and gives master classes throughout the United States. Ms. O’Brien is currently Professor of Voice at the University of North Carolina at Greensboro.