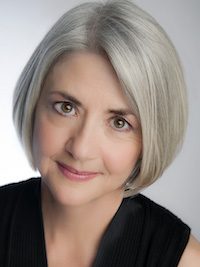 Christine Morris teaches voice/speech/dialects and acting, and regularly directs productions for UNCG Theatre. Prior to joining the UNCG faculty in the fall of 2005, she was at Duke University for eleven years, where she taught acting, voice and speech, directed, and served as Director of Undergraduate Studies for the Department of Theater Studies. Her teaching includes a wide range of influences and methodologies including Linklater, Lessac, Roy Hart, and Vocal Archetypes. She has vocal coached many projects in theatre, dance, film, television and audio, and she has also worked privately with clients in the areas of business, law, and television journalism. A professional actress as well (member of AEA and SAG-AFTRA), she has performed with the New York Shakespeare Festival, The Public Theatre (with director Richard Foreman), the Asolo Theatre, Playmakers Repertory, and in many productions with the award-winning Chapel Hill based Archipelago Theatre. With Archipelago, she developed the solo Blue Roses, which was produced at Manbites Dog Theater in Durham NC, and also at Profile Theatre Project in Portland, Oregon, and The Tennessee Williams Center in Sewanee, Tennessee. In collaboration with playwright Romulus Linney and director Jeff Storer of Manbites Dog, she originated the role of The Woman in Linney’s one-woman play Silver River, which was performed at several venues throughout the US, including Profile Theatre Project, in workshop at the Actors’ Studio in NYC, at Stoneleaf Theatre Festival in Asheville, at Sewanee Writers’ Conference, and at the Horton Foote Festival of American Playwrights in Texas. She serves as Resident Vocal Coach for Triad Stage and appears onstage at Triad as an actress from time to time (most recently as Dr. Mildred Grant in Actions and Objectives). Her current and ongoing research interests include the embodiment of voice, text and imagination; adapting fiction to theatrical performance; polyphonic singing as part of actor training; playwrights Tennessee Williams and Romulus Linney; dialects.