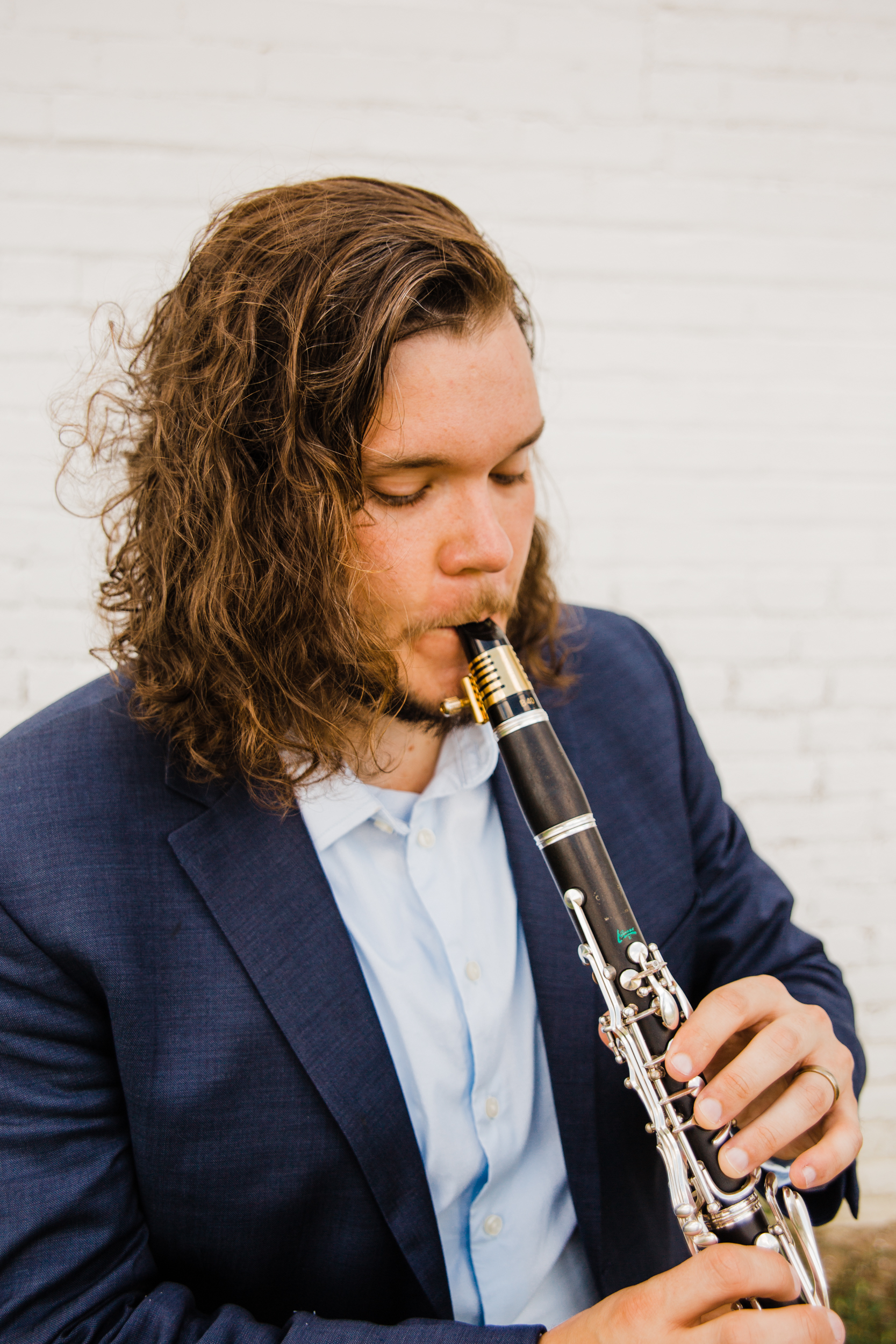 Performances by Andy Hudson have been hailed as “a treat for the listener” (IAWM Journal) and have been praised for “an uncommon singularity of purpose, technical virtuosity, youthful vigor and a mature sensitivity.” (The Clarinet) An “inspiring” (MMR) and “fearless” (Cacophony) performer, he has appeared in Carnegie Hall’s Weill Recital Hall, at Chicago’s Symphony Center, as a concerto soloist at The Midwest Clinic and has performed widely across the US, Canada, Europe, and Africa. Andy has been featured at national and international gatherings of the College Music Society and the International Clarinet Association, and in 2011 appeared at the Worlds Congress of the International Alliance for Women in Music, He has been a top prizewinner at the MTNA National Woodwind Competition and has received other prizes in the Vandoren Emerging Artists Competition, the US Army Band’s National Collegiate Solo Competition, the Luminarts Foundation Fellowship Competition and many more. Andy has recently performed as guest principal clarinet of the Charlotte Symphony Orchestra and the North Carolina Opera, and he frequently joins the clarinet section of the North Carolina Symphony and the Greensboro Symphony. He was appointed Bass/3rd Clarinetist of the Cabrillo Festival Orchestra in 2020; other festival appearances include the Lucerne, Bang on a Can, Hot Air, and Great Lakes Chamber Music festivals.

A noted interpreter of contemporary music and “truly a performer for the moment” (Cultural Voice of North Carolina), Andy has premiered and commissioned more than a hundred works to date and has performed with the Chicago Symphony Orchestra on their MusicNOW series, at the New Music Gathering, and with Ensemble Dal Niente, Miami’s Nu Deco Ensemble, the Chicago Composer’s Orchestra, and the Grossman Ensemble (with whom he can be heard on the album Fountain of Time). Andy also performs with The Zafa Collective and earspace, and was a founding member of the trio F-PLUS. He is currently clarinetist and co-Artistic Director with the international sextet Latitude 49, with whom he can be heard on the albums The Bagatelles Project and Wax and Wire (called “a must-have album for any lover of contemporary music” by The College Music Symposium). Andy is regarded as a leading ambassador for the music of our time and his books Elements of Contemporary Clarinet Technique and SPACE BASS: Advanced Explorations for Bass Clarinet are co-authored with composer Roger Zare and published on Conway Publications. You can also read his writing in The Piano Magazine, The Clarinet Journal, The College Music Symposium, and the 2022 pedagogical handbook ‘The Clarinet Studio Companion.’ An established pedagogue, he has often given guest masterclasses at schools such as the San Francisco Conservatory, South Korea’s Inje University, Egypt’s Cairo Conservatory, the Boston Conservatory, the Chicago College of Performing Arts, Northwestern University, the University of Miami, and many more.

Currently on faculty at the University of North Carolina Greensboro, Andy was appointed the NC State Chair for the International Clarinet Association in 2019. Since 2010, he has served on the Artist-Faculty of the Tennessee Valley Music Festival in Huntsville, AL, where he teaches high school students from across the Southeastern United States and Costa Rica and performs as Principal Clarinet of the Festival Orchestra. Andy earned his DMA in Clarinet Performance with a Cognate Certification in Music Theory from Northwestern University, where he also earned his MM. He earned his BM from Columbus State University’s Schwob School of Music. Andy is an Artist-Clinician for Buffet Crampon and an Ambassador for Rovner Products; he performs exclusively on Buffet clarinets and Rovner ligatures. His primary teachers have included Steve Cohen, J. Lawrie Bloom, and Lisa Oberlander.