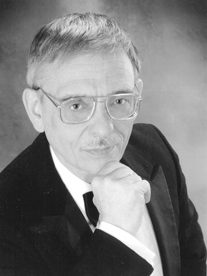 With varied experience as recitalist, teacher, church musician and academician, André Lash, organ, brings to UNCG a wealth of musical viewpoints. A finalist in organ competitions in both France and the United States, in addition to standard repertoire of all periods he has extensive experience with rarely performed works of the Spanish Baroque, which he studied with José-Luis Gonzalez Uriol in Zaragoza, Spain. He holds the degree Doctor of Musical Arts in Organ Performance from the Eastman School of Music, where his teacher was Russell Saunders; his dissertation topic was “The Facultad Orgánica of Francisco Correa de Arauxo: Certain Aspects of Theory and Performance”. Earlier, he earned the Master of Music degree in Church Music from Southwestern Baptist Theological Seminary; undergraduate studies were at Pittsburg State University. He also studied privately for two years under Arthur Poister, with extensive masterclasses under Anton Heiller and Marie-Claire Alain. He continues research and publication in 17th century Iberian organ music. Dr. Lash previously held positions at the University of Georgia as teaching faculty in Music Theory and as a staff accompanist. Earlier he taught Music Theory, Organ and Harpsichord at Oklahoma Baptist University. He is currently organist at Christ United Methodist Church in Greensboro. Lash has performed at numerous solo venues in the United States, Russia and the Republic of Korea, and has presented for Music Teachers National Association, regional and national conventions of the American Guild of Organists, and for Festival Internacional de Música de Tecla Española. He has contributed articles on Spanish repertoire and interpretation for The Organ and Early Keyboard Journal, and recently contributed a comprehensive list of current editions of Iberian organ music for the national website of the American Guild of Organists, in which he has long been active as a chapter Dean and state and regional officer.