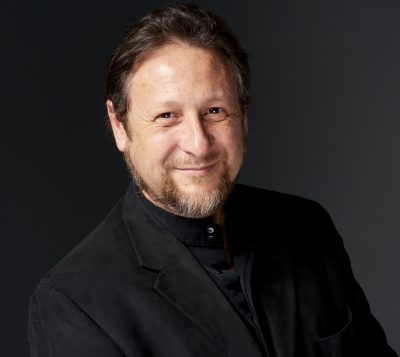 A unique feature of Rutty’s music is its affection for textures suggested by modern recording processing techniques, and the use of Tango – a genre he performs as a pianist-and other South American genres as part of the music’s surface.

Recordings of his music have been released by Capstone Records, Arizona University Recordings, and ERM Media. The Conscious Sleepwalker (an All-Rutty CD, Navona Records) including A Future of Tango and other orchestral pieces was released in early 2012.

Founder and Artistic Director of the Hey, Mozart! Project, Alejandro Rutty is currently Associate Professor of Music at the University of North Carolina at Greensboro.