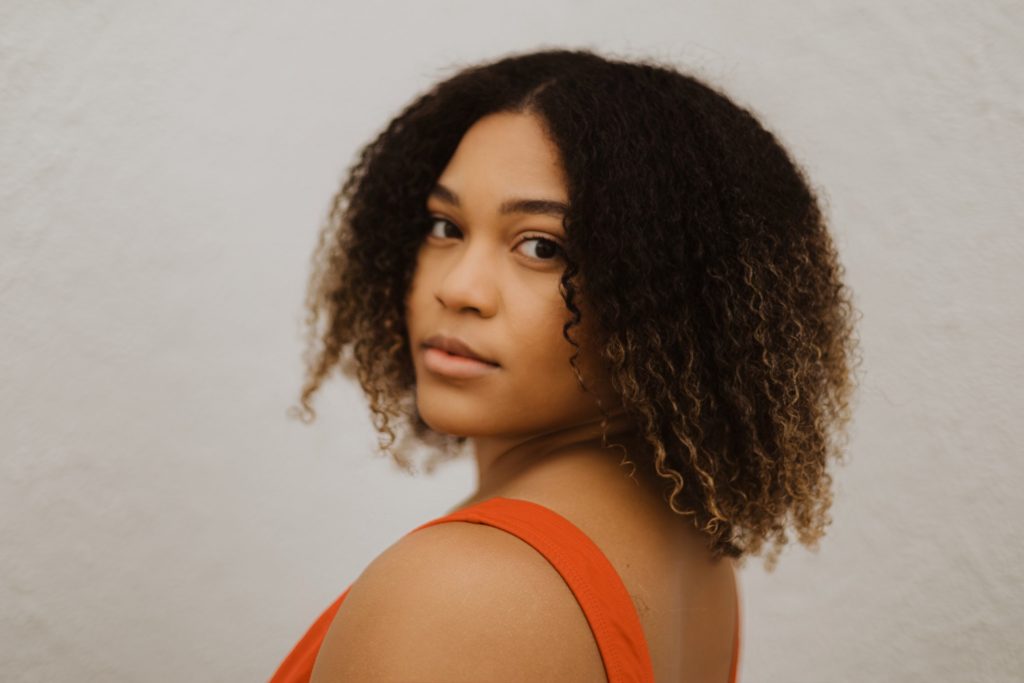 When Urban Bush Women comes to campus this week, School of Dance Alumna Shayla Taylor (‘20 BFA Dance: Choreography and Performance) will be with them. Taylor is an apprentice with the company known for weaving contemporary dance, music, and text with the history, culture, and spiritual traditions of the African Diaspora.

The performance on Friday, October 14th coincides with UNCG’s homecoming.  Taylor says she’s thrilled to be back at her alma mater—a school she almost didn’t attend:

“I’m from Baton Rouge, and I just always thought I’d stay there. I had only applied to schools in Louisiana, but my sister had gone to UNCG and she kept saying I should too because they had a good dance program. My sister’s not a dancer, so I really didn’t think she knew about that! Plus, I wasn’t even sure I was going to major in dance. But at the very last minute I decided to take a big leap of faith and a big move from home. It was the best decision I could ever have made.”

When she arrived at the Coleman Building for her very first class, Taylor says she was excited but nervous:

“I still wasn’t sure there was a place for me in the world of dance, even though I had danced my whole life. So, I felt a little scared when I walked into the building and past this woman wearing slippers and this long, dramatic scarf. The woman called out ‘Hello Shayla, we’re so glad you’re here!’ When I got to my class, I asked some of the other students if they knew who that woman was and they told me it was the School Director Janet Lilly. It was at that point, I felt a sense of comfort. I knew then that I wasn’t going to be kind of just another student tossed into a program and lost.”

In fact, Taylor says, it was quite the opposite:

“The faculty at UNCG care so much about their students, and the students look out for each other, too. When I danced with Prime Movers (a dance student organization) as a first-year student there was a senior who took me under her wing. The school really fosters a strong connection among the students.”

Taylor went on to become President of Prime Movers her senior year. And though she excelled in classes, there was still that nagging doubt about her place in the dance world. She turned to that first person who had welcomed her to campus:

“I told Janet I was still unsure of where I fit or what I could offer. Yes, I’d trained for so many years, but what could I add? We all want to make an impact, right? Janet reminded me I’d worked very hard for this and that even if there’s not a space, I have the power to create a space. To this day, I remember those words. That was a life-changing conversation for me.”

Taylor graduated during the pandemic and says that that first year out of school was hard for her and other dancers.  She decided to relocate to the New York City area as a way to leave the familiar and push herself. Her former professors were a great source for tracking down training opportunities in the city. Duane Cyrus told her about another alumna who was working with Urban Bush Women who helped Taylor get into a company class. After class, Taylor got a call from one of the associate directors. It turned out that the company was auditioning for apprentices and Taylor was being offered a space.

Urban Bush Women burst onto the dance scene in 1984 with bold, demanding, and exciting works which brought under-told stories to life through the art and vision of its award-winning Founder, Jawole Willa Jo Zollar.

“Urban Bush Women have a real power in telling stories,” says Taylor. “They’re completely unafraid of criticism or audience perception. They really have a gift for using the body as a way to convey narratives from all different perspectives.”

The company will dance one of Taylor’s favorite stories when they perform in Greensboro:

“I Don’t Know But I’ve Been Told is an ode to different dialects of dance. There’s a marching band and majorettes. There’s lots of singing from us. There’s a drummer that’s on stage practically the whole time. It has hopscotch and double dutch chants. It’s such a fun piece to perform and to watch.”

Taylor is looking forward to Urban Bush Women bringing that piece and others to UNCG.  She is also happy to be back in the Coleman Building this week helping teach a guest artist class to current dance majors. When she steps into that building this time around, she says it will be without a bit of her earlier doubt:

“I know now that wherever I am—that’s my place. I hold space anywhere. I know I have that power.”