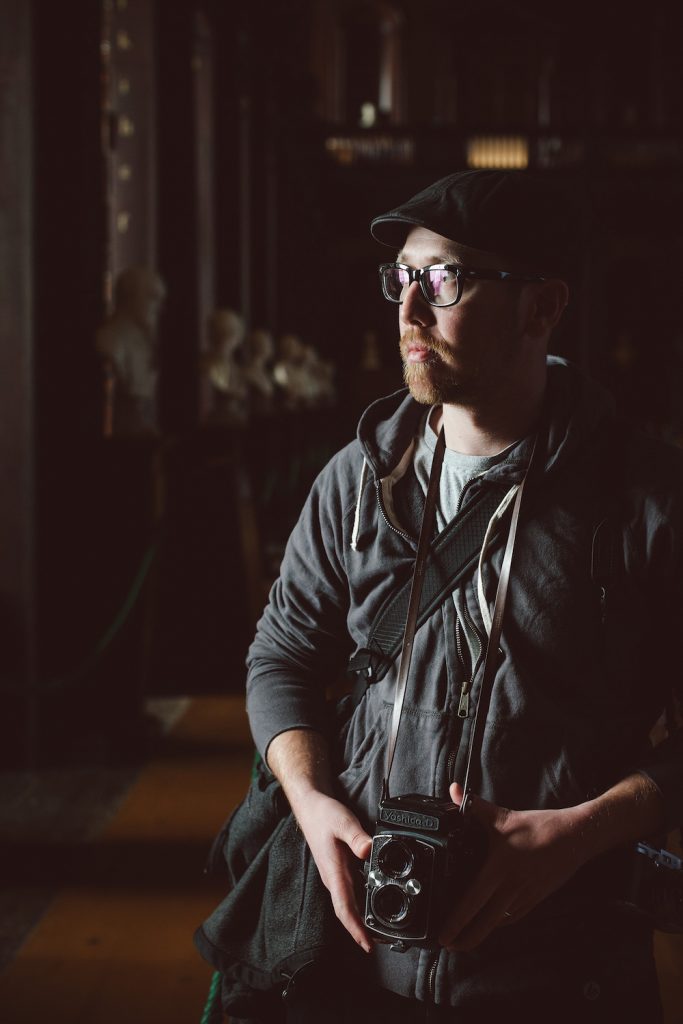 College of Visual and Performing Arts Dean bruce d. mcclung has announced the appointment of photographer and filmmaker Dan Hale to a 3-yr. Visiting Assistant Professor of Animation position in CVPA’s School of Art.

Dan Hale tells stories through the mediums of animation, film, and photography. His work on the animated short Phooled was awarded an Honorable Mention at the South Carolina Underground Film Festival (2018), and his films have been exhibited internationally at the Animation Marathon in Athens, Greece (Phooled, 2018), the Oaxaca FilmFest (The Boy Who Cried and Disconnect, 2019), and the Vancouver Badass Film Festival (Disconnect, 2020). He also received international accolades for his work in the field of photojournalism, most notably from the Associated Press (2008), National Press Photographers Association (2007), and Editor and Publisher Magazine (2007).

Dan holds a BA in Media Studies: Moving Image and Sound Production from UNC Greensboro (2001) and an AAS in Photographic Technology: Photojournalism from Randolph Community College (2005). In 2019, he received an MFA in Digital Production Arts from Clemson University where he was honored with the Ollie Johnson Excellence in Animation Award and was accepted into Upsilon Pi Epsilon, the International Honor Society for Computing and Information Disciplines.

Dan is delighted to return to UNCG as a Visiting Assistant Professor teaching animation and concept art. Previously he led courses in visual arts and animation at Trident Technical College in Charleston, South Carolina and taught image creation and manipulation at Clemson University.

Please join us in welcoming Dan Hale to the CVPA faculty!

About CVPA
The College of Visual and Performing Arts (CVPA) at UNC Greensboro is the premier and most comprehensive set of visual and performing arts programs in North Carolina with Schools of Art, Dance, Music, and Theatre. CVPA has been designated by the UNC System Board of Governor’s as an “area of distinction.” CVPA transforms lives by providing exceptional artistic and academic experiences.